The Clock controls are in the Taskbar. On Windows,Show the icons in the taskbar,left click 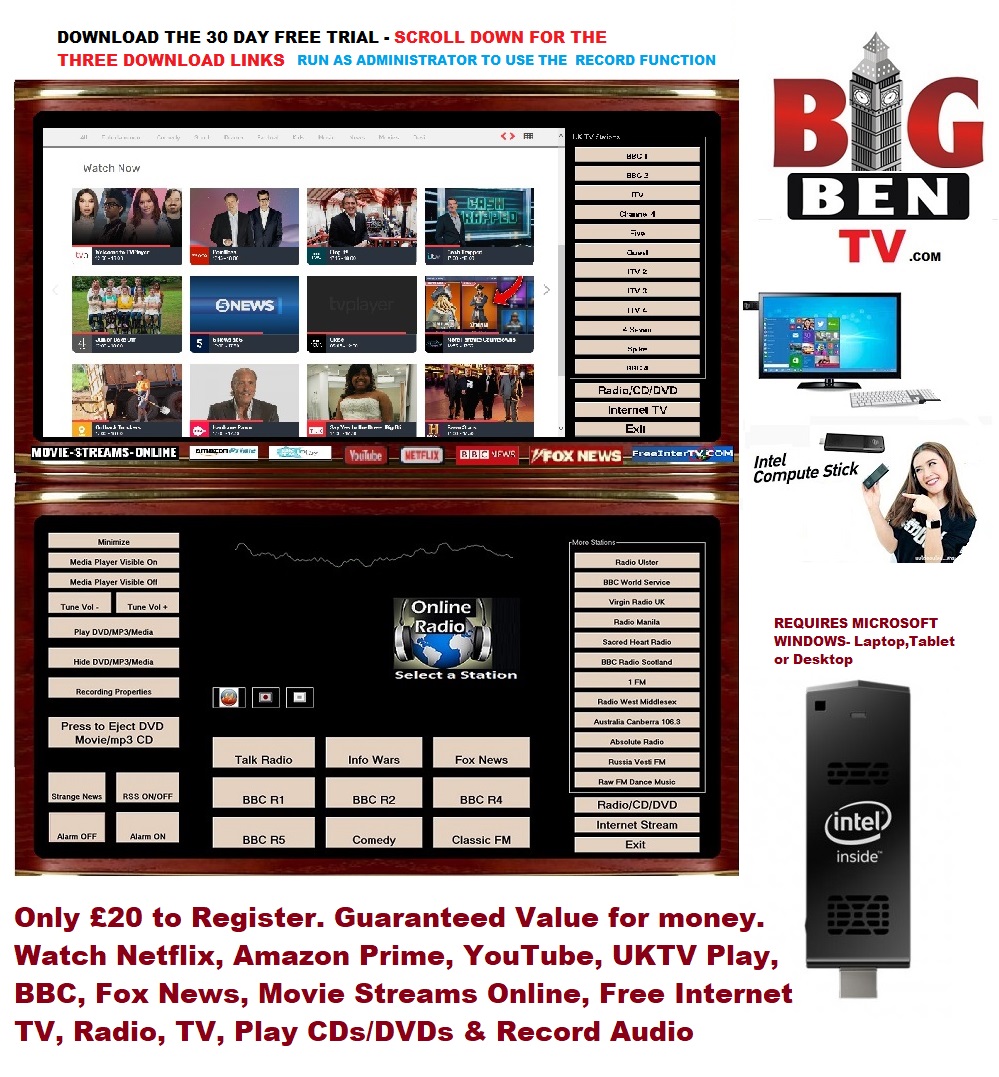 The Back To The Future Jukebox App is compatible with Windows 7 or 10. 30 Day Free Trial- £10 to register using Paypal button, then email info@bigbensoftware.com for username and password. Scales to full screen, click on the links.

BIGBENGPSTime with Big Ben Quiet Mode 9pm to 9am, and auto GPS receiver port detection. Six months of rigorous bench testing was undertaken, before the BIGBENGPSTIME was released for general sale.

Humbly Grove Energy was the first installation in 2015. A total of 2 Servers and 7 Clients are synchronised using the most famous clock in the World. Big Ben with full chimes and toll bells.

We have enquires from all over the World, and a total of 23345 people have downloaded the 30 day trial.

The 30 day trial period gives unrestricted use of this fabulous software. Download and try it for yourself.

The Big Ben Time Server is PC time synchronization software that synchronizes the PC clock to the time from a GPS receiver.

The Big Ben Time Server is set up as a system service where the PC clock is disciplined to the NMEA string from the GPS. The control loop uses the same techniques in disciplining OCXO oscillators and atomic Rubidium clocks. By charactering the arrival of NMEA messages, The Big Ben Time Server uses advanced digital filters to minimize communication jitter and achieve the best reference to train the PC clock to.

Because of this, there are some requirements that need to be met. Specifically, the rate output of NMEA message GPGGA and GPRMC.

It’s getting more difficult to find a PC with a native RS-232 serial communication port, most GPS receivers that interface to a PC use a USB. The majority of the USB GPS receivers will look to the PC as if it is a serial port. However, the modern USB GPS looks to the PC as a USB to Serial driver that emulates the serial port. In the USB world, it’s referred as a CDC (communication device class) device.

The Big Ben Time Server will use the NMEA string (GPGGA) transmitted from the GPS, time tag the first character of the that command and use this as a timing reference. As you would expect, there are delays between the 1PPS epoch and the RS-232 causing software jitter. The delay can be calibrated out. The Big Ben Time Server will use digital filtering (the red line you see in the Time Difference Plot - see below) and discipline the PC clock to this reference.

The minimum NMEA sentence requirements matter. The most important is that the GPGGA and GPRMC message output once per second.